Does the Autoimmune Paleo Diet Work?

The autoimmune paleo diet (AIP) also known as the autoimmune protocol diet is an extremely popular diet these days for autoimmune disease but there has never been any studies done to evaluate if it actually works.  Although testimonials should be taken into account, and there are many all over the internet,  the ultimate test for validity is a clinical trial. 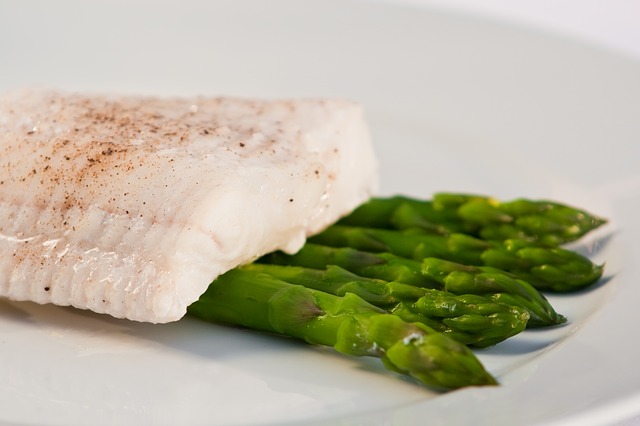 What causes these diseases?  The authors note that Crohn’s disease and ulcerative colitis are due to genetic factors, gut dysbiosis, dietary factors, environmental exposures, and immune system dysregulation.  This is mostly true for all types of autoimmune diseases but I would also include infections in this list such as viruses and bacteria.

To be more specific regarding dietary factors that increase the risk of inflammatory bowel disease, it is noted that a typical Western diet high in refined carbohydrates, omega-6 fatty acids, saturated fat, low in fiber, vitamins, and nutrient-dense foods are part of the problem.

What is the autoimmune paleo diet (AIP)?

The autoimmune protocol diet is also known as the autoimmune paleo diet since it is an offshoot of the classic paleo diet.  The following foods are eliminated from this diet:

Why are these particular items avoided in the autoimmune paleo diet?

The autoimmune paleo diet consists of the following:

A few additional items that are emphasized are fermented foods to help maintain a healthy microbiota and bone broth for intestinal healing and nutrient density.

How did the subjects eat in this study?

All subjects followed a 6-week elimination phase and then a 5-week maintenance phase where no foods could be reintroduced.  The participants had a lot of support including a private Facebook page where they could interact with each other and share recipes and ideas.

Additionally, they worked with a health coach and a registered dietician.  The subjects were educated on proper sleep hygiene, stress management, exercise instruction, grocery shopping and food preparation including how to make bone broth and the benefits of fermented foods.  Education against the use of NSAIDs was also provided since these lead to bowel inflammation and contribute to dysbiosis.

They were also given two books:  “The Paleo Approach:  Reverse Autoimmune Disease and Heal Your Body” by Ballantyne and “The Autoimmune Paleo Cookbook:  An Allergen-Free Approach to Managing Chronic Illness” by Trescott.  These are two excellent books on the autoimmune paleo diet.

Vitamin D and iron levels were also tested and replenished if found to be deficient.  Some of the patients were on various medications which they continued to take without any negative interactions with the diet.

One of the patients with Crohn’s disease developed a small bowel obstruction requiring hospitalization due to the significant increase in raw vegetables and meat but it was noted that he/she did not communicate properly with the dietician or health coach.

Most of the patients showed signs of reduced mucosal inflammation in the bowel through before and after endoscopy.

I was glad to see that the authors pointed out the weaknesses in this study including the fact that the participants worked on stress reduction, sleep hygiene and exercise as well as having a tremendous amount of support from the Facebook group, health coach, and registered dietician.  We can’t specifically isolate the improvements seen simply based on the diet alone with all of these other interventions involved.

The other big weakness was the sample size of only 15 participants.  This isn’t enough to make any strong claims about the diet but it is definitely a great start.

No stool analyses were performed to identify specific microbial dysbiosis or potential parasites and yeast overgrowth.  And no testing was done for any infection connections to inflammatory bowel disease such as the Epstein-Barr Virus.

There was also no control group to compare the results of the autoimmune paleo diet alone.  One group could have been given a diet that included inflammatory foods which they thought were good for them and they also got the exercise instruction, sleep hygiene, stress reduction techniques, Facebook group support, and the help of the dietician and health coach. All of these can have profound impacts on healing.  This type of approach could have helped to separate placebo effect and other factors that contribute to feeling better.

The other thing we have to think about is whether or not this is an all-or-nothing approach or could a few of the foods still have been left in the diet?  What if someone eliminated all of the recommended foods but still had some nuts a few times a week?  Or some brown rice a few times a week?  This question will always be difficult to answer because each food would have to be studied in large numbers of patients.  My concern is how restrictive this diet can be and it is especially unhealthy for anyone who has a history of an eating disorder.

Many of the patients I see with autoimmune disease have already tried the autoimmune paleo diet but either got worse or didn’t notice any changes.  There are many reasons why this happens such as an unidentified infection or other causes of the autoimmunity such as post-traumatic stress disorder and small intestinal bacterial overgrowth (SIBO).

Overall, this study is a great start to researching the connection between the food we eat and chronic illness. Remember that this diet isn’t for everyone with autoimmune disease as we saw with the patient who was hospitalized with a bowel obstruction.  I do think this approach is too simplified for many patients with autoimmune disease but it clearly works for some individuals with excellent results.

As with any dietary changes, discuss the autoimmune paleo diet with your licensed healthcare professional and be sure that they are looking for all the other aspects of autoimmune disease so you aren’t left feeling worse or with no improvement at all.  I get great results with patients when we take a comprehensive approach to their autoimmunity which goes far beyond just diet. 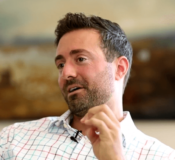 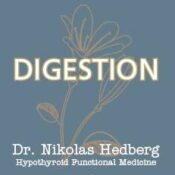