Can Birth Control Pills Cause Hypothyroidism?

The National Institutes of Health (NIH) states that five out of every 100 Americans over the age of 12 have hypothyroidism. The prevalence of this disease increases with age.(1) This makes hypothyroidism the most common disease arising from a hormonal insufficiency.(2) Gender is an influencing factor, as women are three to seven times more likely to develop hypothyroidism than men.(1) Known risk factors that increase the likelihood of developing this disease include having a family history of hypothyroidism and pregnancy.(1) Recent research by the British Medical Journal (2021) suggests that taking birth control pills, or oral contraceptives (OCs), may also increase the odds of developing hypothyroidism.(3) 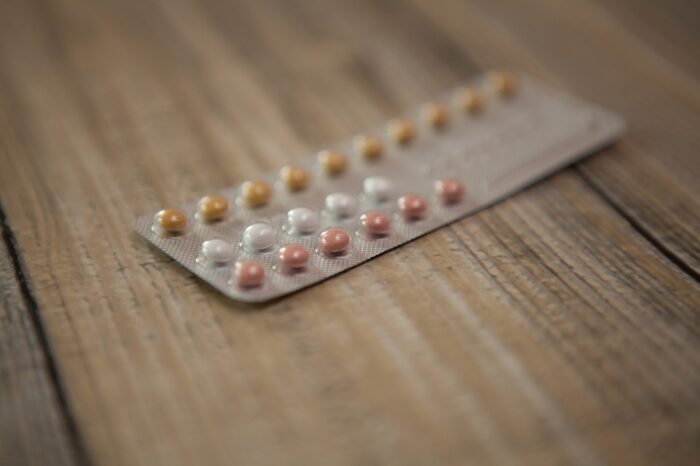 Oral contraceptives are a widely used form of birth control by women. Many individuals turn to these medications for reasons other than birth control such as relief from symptoms such as abnormal uterine bleeding, endometriosis, hormonal and menstrual irregularities, etc.(3)Approximately 6 million women in the US, aged 15-49, take oral contraceptives (OCs) each year.(4) The National Survey of Family Growth (2015-2017) reported that OCs are the second most common method of contraception used by women between the ages of 15-49.(4) The use of OCs is higher among younger populations and decreases with age. Approximately 90% of women taking birth control pills are < 40 years old and 54% are under the age of 20.(1)Therefore, an association between the use of OCs and the risk of hypothyroidism could potentially affect a significant number of individuals. These individuals, when presented with other options for contraception and/or better monitoring of thyroid function, may be able to avoid the increased risk of morbidity and mortality associated with hypothyroidism.

The British Medical Journey (2021) recently stated that women with a history of taking OCs for more than 10 years have greater odds of developing hypothyroidism (OR, 3.837; 95% CI 1.402-10.500; p=0.0090). Their finding was the result of a retrospective, cross-sectional study derived from information gathered in the National Health and Nutrition Examination Survey (NHANES) 2007-2012. This large epidemiological survey included a total of 30,442 participants. Of this number, 5116 females met the inclusion criteria for participation in the study. These individuals were divided into two groups: those with a history of OC usage (n=3034) and those that had never used OCs (n=2082).

Approximately 16% (830) of the combined individuals were identified as hypothyroid. Hypothyroidism was more frequently diagnosed in those with a history of taking OCs (17.7% vs 14.1%). The state of being hypothyroid was defined as either those taking levothyroxine, regardless of thyroid stimulating hormone (TSH) or those with a TSH >5.6 mIU/L.(3) Women should therefore consider the long-term health effects of OCs and the increased odds of developing hypothyroidism associated with their use.

This study had several strengths, including the large population surveyed, and the strict criteria used to control for confounders. Limitations were also inherent in this type of study. One of the main limitations is the lack of data to differentiate between the types of OCs used, including their chemical composition. Knowing the types of contraceptives used, i.e.: combined contraceptives containing estrogen and progestin versus progestin only contraceptives, may have provided different outcomes. Other limitations included possible recall bias due to the use of self-reported data from individuals, which can often be incorrect. These factors may have skewed the results obtained. It is also important to recognize a cross-sectional, retrospective analysis can only demonstrate an association between the OCs and hypothyroidism and cannot establish causation.(3)

According to the National Institute for Health (NIH), hypothyroidism can be mild and present with few symptoms.(1) Common hypothyroid symptoms include constipation, weight gain, fatigue, lethargy, cold intolerance, change in voice, and dry skin.(1),(2) Other symptoms may include depression, anterior neck pain, dizziness, wheezing, hair loss, difficulty swallowing, restlessness, palpitations, shortness of breath, and mood lability.(5)  The presentation of these symptoms decreases as an individual ages, making symptomatology an unreliable diagnostic tool for individuals over 60.(5) For this population, tiredness and respiratory issues are the prevalent symptoms that may signal the onset of hypothyroidism.(5) The non-specific nature of these symptoms contributes to the difficulty of reaching a definitive diagnosis. Including the prior use of OCs in a patients’ history may help identify those with increased odds of developing this disease.(3)

The estrogenic effect of OCs has been shown to increase various proteins synthesized by the liver involved in processes such as atherosclerosis, hypertension, and thrombosis. These proteins include thyroxine-binding globulin (TBG), sex hormone binding globulin (SHBG), and coagulation factors.(6) Torre et al. (2020) reviewed the effect of OCs on the hepatic production of TBG and the coinciding effect on serum levels of thyroxine (T4) and triiodothyronine (T3). They stated that increased estrogen resulted in decreased TBG renal clearance, which led to an increased amount of TBG available for binding to thyroid hormones. The increased TBG resulted in increased binding of T4 and T3 and therefore an increase in TSH and thyroid hormone synthesis.

Thyroid hormone synthesis is controlled by the hypothalamus and the anterior pituitary. The hypothalamus releases thyrotropin-releasing hormone (TRH) which stimulates the anterior pituitary to release thyroid stimulating hormone (TSH). An increase in the concentration of TSH triggers the thyroid into producing the iodine containing hormone thyroxine (T4). This T4 is converted to the biologically active form, triiodothyronine (T3), in peripheral tissues.(6)

The majority (99.8%) of circulating T4 and T3 are bound to serum proteins, with 70% binding to the high affinity, low concentration, protein—TBG. The remainder binds to the low affinity proteins—transthyretin (TTR) and albumin.(6) This binding is necessary for their transport in the blood stream as well as the extension of their half-life. These bound T4 and T3 hormones are unavailable to tissues, making them inactive.(7) An increase in the concentration of TBG, as has been noted with the use of OCs, can therefore impact the concentrations of total thyroid hormone available for use by binding up more T4 and T3. The body produces more TSH to try and make more hormone available. As this TSH level continues to rise, hypothyroidism develops.

A review conducted by Torre et al. (2020) concluded that an increase in estrogen production in the body, either through OCs or hormone replacement therapy (HRT) was shown to increase TBG and T4.  They stated that the serum concentrations of TBG increased due to an increase in salicylation stimulated by the natural estrogens. They observed a 30-50% increase in TBG concentrations and a 20-35% in T4 concentrations within two weeks of beginning standard dosages of OCs (ethinyl-estradiol—20-35 ug/d; conjugated estrogens—0.625 mg/d). Due to the increased binding of thyroid hormone to the increased TBG present, it was necessary to increase the dosage of Levothyroxine by ~45% to maintain normal TSH concentrations in those being treated for hypothyroidism and in pregnant women.(6)

It is important to note that this increase in TBG and T4 was only observed with oral administration of estrogen. Transdermal applications did not alter TBG or T4 levels. Adding progesterone to the OCs did not alter the change in TBG and T4 concentrations observed. Progesterone, when used alone, acted in an opposite fashion, and was shown to decrease TSH levels and increase FT4 levels. Progesterone based OCs, therefore, were found to be a safer choice for those with or at risk of developing hypothyroidism.(6)

Torre et al. (2020) also reported a three to eight times higher risk of venous thromboembolism (VTE) in those that used combined OCs (estrogen and progesterone) compared to those that did not. They noted a positive correlation was found between increased levels of TBG and increased levels of activated protein C resistance (APCR), linking increases in both to an increased risk of venous thromboembolism (VTE). Using combined OCs (estrogen and progesterone) was associated with an even higher risk than estrogen alone. As previously noted with estrogen-based OCs, the transdermal application of estrogen and progesterone was not linked to an increased risk of VTE, making transdermal application a safer choice for those at risk.(6)

Subclinical hypothyroid (SCH), defined as normal FT4 and elevated TSH levels, has been associated with an increase in mean platelet volume (MPV) and an increase in pro-thrombotic events. Abnormal lipid profiles and hypertension have also been observed in SCH individuals. The larger platelets present with an increased MPV have increased metabolic activity and an increased potential for thrombotic events. An elevated MPV can therefore be used as a useful predictor of cardiovascular disease (CVD) and VTE. As TSH increases, so does the risk of abnormalities associated with CVD including dyslipidemia, hypertension, and increased markers of inflammation (C-reactive protein).(6)

This increased risk of CVD and VTE with hypothyroidism, whether clinical or subclinical, necessitates the monitoring of thyroid status for those on OCs. The association demonstrated between OC usage and the development of hypothyroidism warrants the need for shorter term administration of OCs, particularly in the majority of the population in which they are prescribed. The use of transdermal hormones may represent a viable alternative for those seeking long-term contraception. 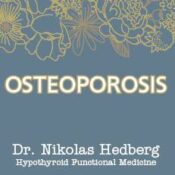 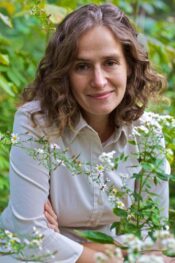