Can Blastocystis Hominis Cause Hashimoto’s Disease?

Our discussion today revolves around a microscopic parasite called Blastocystis hominis, a case of hives and Hashimoto’s disease!

The case report was published in 2015 in The Journal of Infection in Developing Countries.  The report was entitled, “Eradication of Blastocystis hominis prevents the development of symptomatic Hashimoto’s thyroiditis: a case report.  The case involved a singular subject who was suffering from chronic urticaria (hives), angioedema (skin swelling) and overly soft stools who also showed signs of Hashimoto’s disease.

But before we delve into more details, let me provide you with some basic background information. 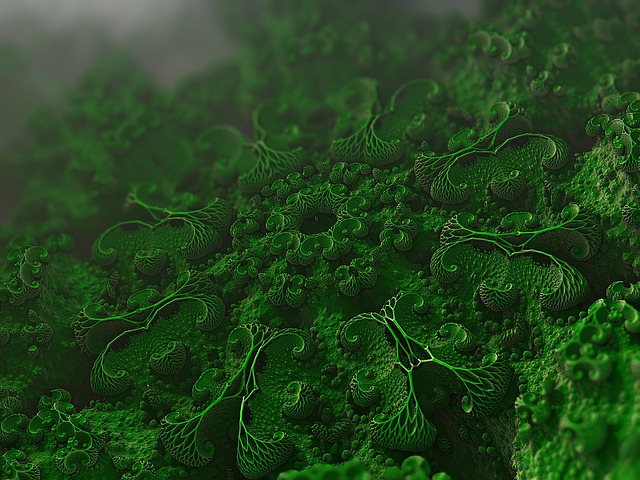 
Blastocystis hominis is the most common protozoan parasite in humans with incidence between 5-75% depending on the country’s level of development.  In the past, it had been considered as a non-pathogenic parasite. However, studies by the research teams of Katsarou-Katsari, et al. (2008), Valsecchi et al. (2004) and Vogelberg et al. (2010) showed that Blastocystis hominis infection is associated with chronic urticaria.

In general, urticaria is a very common skin disorder that can have immune, non-immune or idiopathic causes.  It appears as swollen, pale red bumps or plaques.

When the skin lesions appear within a six-week period, the patient would be described as having a case of acute urticaria.  Anything longer than six weeks, however, is clinically defined as chronic urticaria.

You may be wondering at this point what a parasite and a skin condition have to do with Hashimoto’s disease.

Existing research has revealed that chronic urticaria and the presence of anti-thyroid antibodies, or autoimmune thyroid disease, have some kind of association with reported prevalence from 12-29%.

How does the parasite Blastocystis Hominis trigger Hashimoto’s disease?

A study conducted in 2004 by Pasqui et al. and a clinical review published in 2008 by Tan discussed how Blastocystis hominis activates specific Th2 immune cells that produce interleukins which are proteins that are important in the immune response.

The researchers in this study identified a deficiency of studies on the pathogenic role of Blastocystis hominis in the direct development of autoimmune disease. They then proposed that there may be a connection between this parasite and the onset of Hashimoto’s disease.

The Case Report on Blastocystis Hominis and Hashimoto’s Disease


The 49-year old subject suffering from chronic urticaria, angioedema and soft stool consistency was found to have Hashimoto’s thyroiditis even though he had never exhibited symptoms of this disease before.

That did not resolve the urticaria.

What Lab Tests Were Done?

The patient then endured quite a battery of tests.  Those included:

The patient even had an ultrasound of the abdomen which looked normal. In addition, the prick skin test was performed for 13 standard inhalatory and 15 nutritive antigens.  Everything was in reference range which indicated that nothing was amiss there.

Next, stool cultures for the presence of parasites Blastocystis hominis were isolated on three separate occasions.

The plan was then to focus on the thyroid and autoimmunity as hypothesized by the researchers so the following lab tests were done:

What Did the Thyroid Lab Tests Reveal?

The disorder of thyroid hormones, elevated anti-thyroid antibodies and thyroid ultrasonography suggested that the patient indeed had symptomatic Hashimoto’s thyroiditis!

The patient was then administered thyroid replacement medication (levothyroxine) in the dose of 50 micrograms daily for five days.

The thyroid medication was bumped up to 100 micrograms twice a week whereas metronidazole was given orally at a dose of 400 mg three times daily for 14 days to eliminate all traces of the Blastocystis hominis.

The chronic urticaria resolved within one week of treatment with the antibiotic and within two weeks, the parasite had been eradicated.  However, the thyroid medication had to be adjusted because the subject exhibited sweating, tremors and heat intolerance which are symptoms of hyperthyroidism.  Finally, after six months, TSH, FT4 and FT3 levels were normalized and anti-TG and anti-TPO levels were found to be decreasing which meant that the patient was becoming less and less autoimmune over time.

When the patient was followed-up four years later, there were no signs of parasite or bacterial infection and the patient was symptom-free with normal physical activity, while anti-TG and anti-TPO levels were declining.

The authors of this article demonstrated for the first time in literature that eradication of Blastocystis hominis can prevent the development of both symptomatic Hashimoto’s thyroiditis and chronic urticaria.

Relative Weaknesses and Strengths of the Case Report

As many of you have likely surmised, the small subject size of only one for this study is extremely small.  However, I would not consider it a weakness per se because this study was qualified as a “case report”. In scientific literature, when something is categorized as a case report, it is a unique situation and a small subject size is expected.  While the number of patients investigated in these types of descriptive studies may be only singular which would not allow for a controlled investigation, case reports are nonetheless significant because they are considered the first line of evidence where new issues and ideas emerge.

What was executed well in this case study was that there were exhaustive diagnostic tests performed which ruled out other conditions.  Tests that confirmed the presence of the parasite and measurements of thyroid function and thyroid autoimmunity were then isolated which helped establish the parasite’s connection to the onset of Hashimoto’s.  If you recall, levels of thyroid antibody were elevated when the parasite was still active in the body and manifested as urticaria, but when the Blastocystis hominis was killed off, those thyroid antibody levels decreased and levels of circulating thyroid hormone were restored to normal.

Additionally, a four-year follow-up period was plenty of time to affirmatively demonstrate that the Hashimoto’s disease symptoms did not return.  As the patient did not have any additional parasite exposure and urticaria, there were also no more lab findings that revealed an autoimmune hypothyroid condition.


The researchers in this case study concluded that in a susceptible host, Blastocystis hominis can set off an immune response which could ultimately push an individual towards autoimmune disease.

Taken one step further, the authors conclude that there is a connection between the parasite, the skin condition and Hashimoto’s thyroiditis!

The authors found that this protozoan is not so innocuous after all!  They recommend that when urticaria is present, it would be sensible for physicians to examine if Hashimoto’s might have developed in a patient.  If such is the case, immediate action would be required to eradicate the Blastocystis hominis and turn around the autoimmune thyroid condition so that the Hashimoto’s does not become a chronic issue.

I do stool testing on all of my Hashimoto’s disease patients and we often identify Blastocystis hominis as well as other parasites, viruses, H. pylori, and bacterial dysbiosis.  Once we eliminate these infections patients do get better so this is definitely something you don’t want to overlook if you have Hashimoto’s disease. 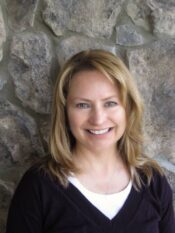