I was excited to find a new paper just published last month that looked specifically at food intolerances and Hashimoto’s disease. The paper was published in the Journal of the American College of Nutrition and it was entitled, “Evaluation of Correlations Between Food-Specific Antibodies and Clinical Aspects of Hashimoto’s Thyroiditis.” 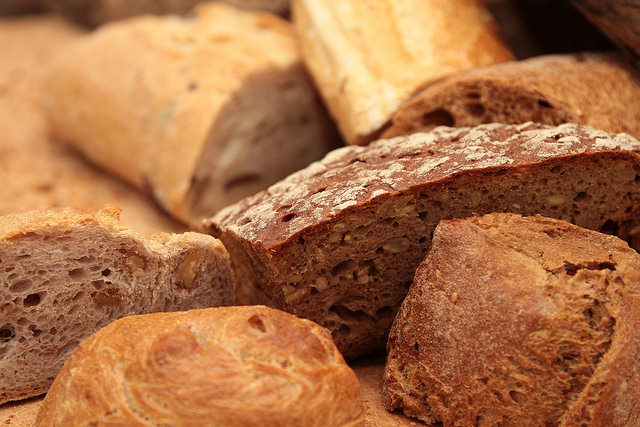 Let’s break down the study and see what food intolerances may be connected to Hashimoto’s disease.

The authors do point out a previous study that showed TSH levels improved in people with Hashimoto’s disease who were lactose intolerant when they avoided consuming lactose.

74 patients, 91.9% being female, with Hashimoto’s disease had blood testing done for 125 IgG food antibodies. Some of them were taking thyroid medication and some were not (28.17%). They also performed a thyroid ultrasound and tested them for thyroid-stimulating hormone (TSH), thyroxine (T4), free thyroxine (fT4), triiodothyronine (T3), thyroid peroxidase antibodies (TPOAb), and anti-thyroglobulin antibodies (TgAb). Additional markers included body mass index (BMI), height, weight, blood pressure, and asked them how many symptoms they had.

I was pleased to see a control group of 245 subject of which 54.7% were women. The control group was also tested for the same 125 IgG food antigens.

They also took into account all the differences of the above blood markers, biomarkers, medication, and symptoms to see if they could find any correlations. They even looked at how frequently the subjects were eating specific food groups.

Looking at the proportion of positive results however, only plum and barley were higher in those with Hashimoto’s disease but no significant difference with egg whites.

Anti-gliadin IgG antibodies which are specific for gluten were tested but they did not find any differences between the two groups.

The authors did not find any correlation with IgG food antibodies and symptoms of Hashimoto’s disease and hypothyroidism.

The magnitude of reactivity from strongest to lowest in both groups was:

The authors conclude that only plum was significant between the two groups with barley and egg white to a lesser extent. They did however find significant connections with thyroid volume and almond-specific IgG levels as well as for nuts, meat, and fish in those taking thyroid medication. So in those taking thyroid medication with higher levels of IgG reactivity to almonds, nuts, meat, and fish, this correlated with larger thyroid volume. The older the subjects were the less reactive they were to dairy products and egg whites. The also found that higher reactivity to coffee and tea correlated with fewer symptoms.

The authors point out that the greatest reactivity in both groups was to cows milk, egg white, yeast, wheat, corn, barley, pistachio, pea, sheep milk, goat milk, plum, and almond and that these are already known to induce food intolerance and food allergies.

They also make a very important point that elevated IgG food antibody levels may simply be due to increased frequency of consumption which makes it difficult to ascertain true intolerance. They even make a strong statement that perhaps the threshold for measuring food intolerance is too low and should be revised.

Regardless of frequency, the authors state that meat, vegetables, coffee, and tea induce a low IgG response compared to nuts and legumes which induce a high IgG response even when they aren’t consumed very often.

The strong reactivity to plum is kind of a mystery but they point out that a previous study did show a connection between plum and irritable bowel syndrome. They are clear that these results do not definitely say that those with Hashimoto’s disease should avoid plums.

71.62% of Hashimoto’s patients had increased reactivity to cow’s milk but this was comparable to controls as well.

The authors aren’t sure what to make of the low reactivity to almonds in those with Hashimoto’s disease but they postulate that it could just be another symptom of the disease. Almond allergy is the third most common tree nut allergy in the US. But the higher the IgG reactivity to almond the greater the thyroid volume which can indicate inflammation of the thyroid gland.

Finally, the authors do their diligence and point out the problem with ELISA IgG food antibody testing. One major issue is that foods can “cross-react” with each other which means that one food can drive an immune response to another food and show up reactive on these tests.

2. Cow milk and gluten-specific IgG levels did not differ between the groups.

3. There is no connection between increased IgG antibodies and all the blood and biomarkers that were tested in both groups. So TSH, T4, T3, thyroid antibody levels etc. were insignificant between the groups.

4. Increased IgG antibodies are not associated with the symptoms of Hashimoto’s disease.

5. Increased reactivity to coffee and tea seem to decrease symptoms in Hashimoto’s disease.

6. IgG antibody levels can be elevated even without frequent consumption of certain foods.

7. IgG antibody testing needs to be improved to eliminate cross-reactions.

I used to do IgG food antibody testing in my practice and sometimes it was extremely useful and sometimes it wasn’t. After running many tests, about 98% of patients would come back reactive to dairy, eggs, and gluten-containing grains. I would see what was found in this study that dairy, grains, legumes, eggs, and nuts were the most common reactions with meat, fish, seafood, fruits, and vegetables rarely if ever coming back reactive. Over time I just didn’t need to do this kind of testing any more as the majority of the patients I see have some type of autoimmune disease or gut disorder which requires removal of these foods any way.

This is an excellent study and I was pleased to see a large control group so we could see what “normal” people reacted to as well.

Does this mean that patients with Hashimoto’s can now eat what they want? That is definitely not the conclusion we take from this study. Remember that there were a number of food reactions such as dairy and wheat, just not unique to those with Hashimoto’s disease.

One of the main goals in healing Hashimoto’s disease is to heal the gut and this requires reducing the amount of inflammation in the gut. Removing the most reactive foods from the diet helps to achieve this goal and this is why I’ll use a Paleo diet, autoimmune Paleo diet, Paleo low-FODMAP diet, low-FODMAP diet, ketogenic diet, or simple carbohydrate diet with Hashimoto’s patients but this depends on their unique presentation. These diets are mainly based on meat, fish, seafood, fruits, and vegetables which as shown in this study are least reactive for everyone. These diets are void of dairy, eggs, gluten, grains, legumes, and nuts which are the most reactive.

With autoimmune disease, we want to take as much stress off of the immune system as possible. This can be done with food and also by addressing gut issues where 70% of your immune system if found.

Another thing to remember is that IgG antibodies are only one aspect of the immune system and a single way of looking at food intolerances. IgE, IgM and IgA antibodies are also a factor as well as lymphocyte responses to foods but none of these were tested.

The elimination style diets are still the gold standard for identifying food allergies and food intolerances so it is best to follow these eating guidelines despite what lab testing may show. Once the gut heals, some patients can begin to add foods back into the diet in moderation and still maintain good health and optimal thyroid antibody levels.

Overall, I’m extremely pleased that this study was done and I hope that more studies are done in the future on food intolerances and Hashimoto’s disease. 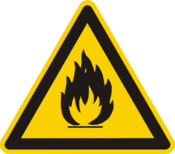