The Hashimoto’s Disease and SIBO Connection

There isn’t a lot of research, only two papers actually, on the specific connection between Hashimoto’s disease and SIBO which I’ll cover in this article. There are more papers on the connection between hypothyroidism and SIBO without mention of Hashimoto’s and the basic conclusion of those papers is that hypothyroidism is connected to SIBO because gastric motility is decreased in hypothyroidism. Decreased gastric motility basically means the food you eat is moving through the bowels to slowly so bacteria can build-up in the small intestine. 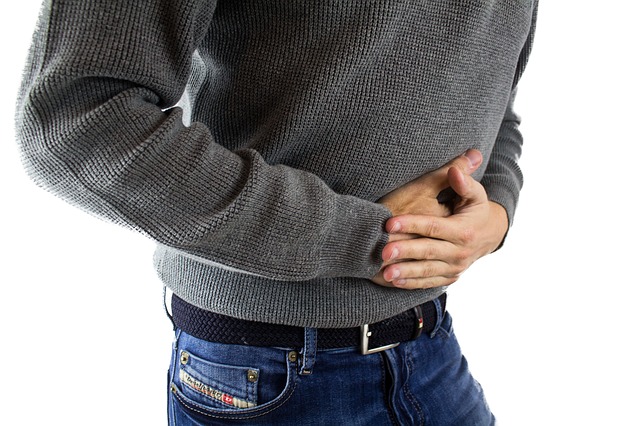 The first paper is entitled, “Association between Hypothyroidism and Small Intestinal Bacterial Overgrowth” published in the Journal of Clinical Endocrinology and Metabolism.

The authors begin by giving an overview of SIBO which is basically an overgrowth of bacteria in the small intestine which damages the gut wall leading to malabsorption of nutrients. The main signs and symptoms of SIBO are bloating, abdominal pain, cramping, gas, weight loss, and diarrhea or constipation or actually a mix of the two.

The main causes of SIBO are hypothyroidism, proton pump inhibitors and antacids, Helicobacter pylori, autoimmune disease, malnutrition, and immune dysfunction. Anything that can decrease gut motility may lead to SIBO such as gut surgeries, inflammation, metabolic issues, endocrine diseases, and muscle and nerve illnesses.

1. Is hypothyroidism associated with the development of SIBO?

2. How does treatment of SIBO affect those with hypothyroidism?

How was this study on Hashimoto’s Disease and SIBO done?

50 patients with hypothyroidism due to Hashimoto’s disease were enrolled. TSH, Free T4, Free T3, thyroid peroxidase (TPO), and antithyroglobulin antibody were tested. Hypothyroidism was considered a TSH above 2.8 and low Free T4 and Free T3 which was quite promising because most studies use a higher cut-off point for TSH. Thyroid antibody levels were elevated and thyroid ultrasounds were done showing tissue changes in the thyroid gland which is a normal sign in Hashimoto’s disease.

These patients were supplemented with synthetic T4 which normalized their thyroid function in 2-6 months before beginning the study. The good news is that we did have a control group of 40 healthy volunteers which strengthens the validity of the study.

Thyroid hormone levels were tested prior to beginning the study and one month after antibiotic treatment and then one month after the initial evaluation in those who didn’t have SIBO.

Patients were asked to fill out a symptom questionnaire before and after treatment including abdominal pain, bloating, gas, constipation, or diarrhea.

27 patients or 54% of the study group tested positive for SIBO compared to only two in the control group which was statistically significant.

No significant association was found between the presence of SIBO and age of hypothyroidism diagnosis, time from diagnosis, or average T4 daily dose.

Abdominal discomfort, gas, and bloating were the most common symptoms in those with SIBO. There was no significance however related to constipation or diarrhea.

19 of the 27 patients (70.4%) who were treated with antibiotics for SIBO tested negative for SIBO. These 19 patients reported significant improvement in their abdominal discomfort, bloating, and gas. There were no changes in constipation and diarrhea however. None of the symptoms improved in the 8 patients who were unsuccessfully treated for SIBO with antibiotics.

The daily dose of T4 was similar among all patients regardless of how they responded to antibiotic therapy for SIBO. Thyroid hormone levels were similar to those who tested negative for SIBO.

The authors do conclude that hypothyroidism due to Hashimoto’s disease is a risk factor for SIBO development. Their hypothesis is that insufficient thyroid hormone levels leads to decreased gut motility thus leading to insufficient clearance of bacteria from the small intestine.

We weren’t given thyroid peroxidase and antithyroglobulin antibody levels before and after SIBO treatment which would have been interesting to see.

Studies on hypothyroidism and SIBO

As noted above, I’m not going to go into detailed reviews of the papers on hypothyroidism and small intestinal bacterial overgrowth because they don’t discuss Hashimoto’s disease and the conclusions are all the same that there is a connection between the two due to decreased gastric motility. Thyroid hormone drives the movement of food through the gut so low levels lead to constipation and SIBO.

Here are the studies in case you want more detailed information:

The Interdigestive Motor Complex of Normal Subjects and Patients with Bacterial Overgrowth of the Small Intestine (This study showed that decreased gut motility leads to bacterial overgrowth).

This study found that more than half of patients with hypothyroidism have SIBO.

The second paper I’d like to cover was only published in Polish so I was unable to read the entire paper. However, the abstract was available in English so I just had to go on what was available. If you know anyone who can translate Polish to English please let me know. Here is the abstract breakdown which I have edited to make it easier to read:

“Small intestinal bacterial overgrowth (SIBO), similarly as thyroid diseases, is characterized by chronic diarrhea or constipation, but it is not known whether there is a causal relationship between these disorders. The aim of the study was to assess thyroid function indices in different clinical forms of SIBO.

I’ve put the results into a table for easier access:

Thyroid function may be impaired in patients with small intestinal bacterial overgrowth which should be taken into account in the diagnostic and therapeutic management of the diseases of these organs.”

If you have either SIBO or Hashimoto’s disease or both then it’s important to work with a functional medicine practitioner who has a deep understanding of both of these conditions. If you have both then they both must be treated at the same time to have success healing both conditions.

If you’ve been struggling to heal your Hashimoto’s disease or SIBO then perhaps you need a thorough evaluation of both possibilities which may be the missing link to getting well. 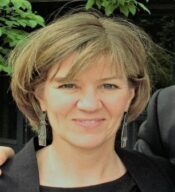 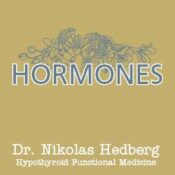