Are you doing everything right for your Hashimoto’s disease and hypothyroidism but still experiencing fatigue? A chain is only as strong as it’s weakest link and the b-vitamin thiamine is an important link in thyroid function and energy production that could improve Hashimoto’s disease-related fatigue. Restrictive diets like the Autoimmune Paleo Diet, gluten-free diet, and ketogenic diet can possibly lead to a thiamine deficiency if there isn’t enough variety in the diet. Once this important vitamin becomes deficient, a number symptoms can appear as well as sluggish thyroid function. 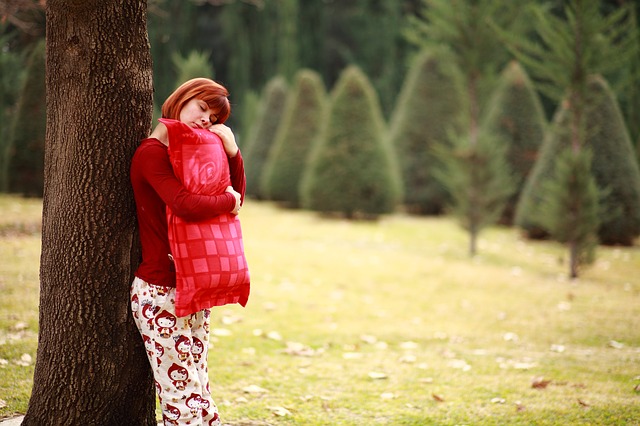 An interesting study was published in the Journal of Alternative and Complementary Medicine entitled “Thiamine and Hashimoto’s Thyroiditis: A Report of Three Cases” which looked at thiamine deficiency and Hashimoto’s disease. The authors begin by stating that levothyroxine is the treatment of choice for hypothyroidism however some patients still complain of fatigue after taking this medication and their lab tests look normal.

How was this study done on thiamine and Hashimoto’s disease-related fatigue?

The sample size was quite small at only 3 women with a diagnosis of Hashimoto’s disease and hypothyroidism. All of them were taking the prescription thyroid hormone levothyroxine. These women reported the following symptoms: fatigue, sleep disorders, depression, anxiety, chronic nervousness, memory loss, focus and attention disorders, cold intolerance, and dry skin.

The participants filled out the Fatigue Severity Scale which is a subjective questionnaire that assesses the severity of fatigue. They filled this out at the beginning of treatment and 20 days after beginning treatment.

TSH, Free T4, and Free T3 were tested all of which came back normal. TPO antibodies were also measured and these came back elevated in all three subjects. Additionally, thiamine levels were tested to identify deficiency but none of the patients were deficient in thiamine.

Two of the patients took 600mg/day of thiamine orally and one patient received 100mg injections of thiamine every 4 days. This was done for 20 days and then the patients reported their results.

What were the results of this study?

All three patients reported improvement in their fatigue levels. Patients 1 and 2 reported 100% elimination of their fatigue and patient 3 reported moderate improvement. Looking more closely at the numbers, patient 3 had the highest levels of TPO antibodies at 1,725 compared to patient 1 at 322 and patient 2 at 526. Patient 3 may not have gotten the same improvement as the other two patients due to her antibodies being so high. Elevated antibodies do correlate with symptom severity in Hashimoto’s disease so this is a possible explanation.

Why would we see improvement in fatigue if none of the patients were deficient in thiamine to begin with? The authors explain that there could be issues with the transport of thiamine in the cell into the mitochondria where energy is produced. Or, there could be an enzyme defect in the utilization of thiamine. In either scenario, large amounts of thiamine would be required to make energy. So the issue could be genetics in these individuals who have difficulty utilizing thiamine thus requiring higher doses of the vitamin.

This is similar to those who have a vitamin D receptor defect and thus require more vitamin D.

“Our case experience with these 3 patients supports the hypothesis that the chronic fatigue and related disorders accompanying Hashimoto’s thyroiditis are manifestations of a mild thiamine deficiency that may be due to either a dysfunction of the active transport from the blood to the mitochondria or to structural enzymatic abnormalities likely caused by immune system factors. We deem that it would be

interesting to find out if other forms of hypothyroidism and the fatigue associated with them would respond to thiamine therapy in a similar manner to these cases.”

Thiamine is one of the B vitamins (B1) which is water soluble and very important for energy production. Thiamine is required to turn the carbohydrates you eat into energy as well as the utilization of amino acids and fats. Thiamine is also important for muscle contraction and nervous system impulses. Thiamine isn’t stored in large quantities in the body so we must get it constantly from the food we eat.

Magnesium is required for proper thiamine function so everyone should be evaluated for magnesium deficiency if they are fatigued and are considering thiamine supplementation.

If you have gut problems then this can lead to malabsorption of thiamine. You may also be missing thiamine in your diet if you are following a restrictive diet for your Hashimoto’s disease. Alcohol is the most common cause of thiamine deficiency so that glass or two of wine you’re having every night combined with gut issues and dietary deficiencies could really zap your thiamine levels.

If you are exercising at a high-intensity on a regular basis this can lead to thiamine deficiency. Also, high-carbohydrate diets or binging on carbs can deplete your body of thiamine.

The following foods are rich in thiamine:

So as you can see, if you’re following the Autoimmune Paleo Diet or other restrictive diet, you could be deficient in thiamine. Almost all of the above foods can’t be eaten on the AIP diet.

What should you do if you have Hashimoto’s disease-related fatigue?

If you’re taking thyroid medication and you’re still tired, you may benefit from thiamine supplementation but this should be done under doctor supervision. There are many reasons why you could be deficient in thiamine such as poor gut health as noted above. It’s important to work with a functional medicine practitioner who can do the detective work for you to get your energy turned around.

As with the vast majority of supplements, taking them isn’t a long-term solution. Figure out the causes and you can be virtually supplement-free. The connection between thiamine, Hashimoto’s disease, fatigue, and hypothyroidism is definitely not something you want to overlook.

If you want to take thiamine it is hard to find high doses as most products contain 50mg per capsule which would require 12 capsules a day. I recommend benfotiamine which is found in the product BenfoMax by Pure Encapsulations. This has 200mg per capsule so taking 1 with breakfast, lunch, and dinner for one month and then reducing to just one per day can work for most people. Remember to take a good b-complex with thiamine such as the B-Supreme from Designs for Health.

You can order BenfoMax and B-Supreme from Dr. Hedberg’s dispensary here: