Are You Aware of Thyroid Disrupting Chemicals?

These chemicals can affect normal production of thyroid hormone, its circulating levels in the blood and can harm hormone receptors preventing hormones from binding and doing their job. These chemicals have received more press as of late due to their effect on the developing brain leading to impaired cognitive function and behavioral problems. Thyroid hormone directly affects genetic expression requiring proper communication within each cell. It is thus hypothesized that TDCs can alter gene expression. 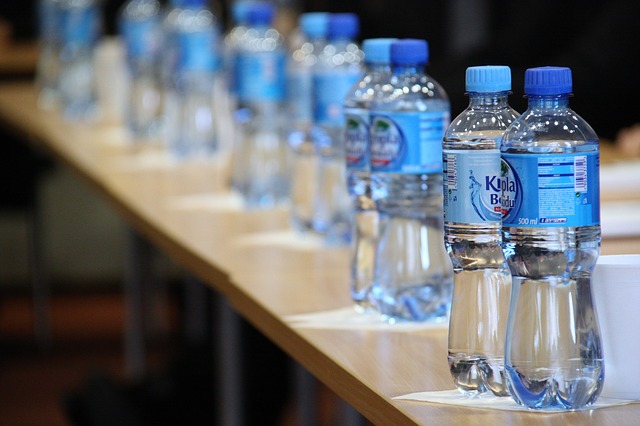 One example is PCBs or polychlorinated biphenyls which are abundant in our environment even though they were banned in the 1970s. They are still found in high concentrations in human tissues and have a high affinity for the brain. Infants that are only six-weeks-old have been found to have elevated levels of PCBs. Most of this comes from breast milk as bottle-fed babies do not have levels as high as breastfed babies. But what do the bottle-fed babies have more of? This high exposure to the developing brain leaves many children extremely vulnerable to impaired brain development and impaired thyroid function.

Studies have shown that early exposure to PCBs results in neuropsychological deficits such as low IQ, attention deficit disorder, impaired coordination and reduced ability to remember what has been seen. These negative effects are due to PCBs binding to thyroid hormone receptors and altering their function. PCBs have also been shown to lower circulating levels of T4 (thyroxine) in rats.

Bisphenol-A (BPA) is produced at approximately 800 million kg every year in the US mainly to be used in the manufacturing of plastics including resins that coat food cans, dental sealants and polycarbonate plastics. Resin-lined food cans contribute a large source of human consumption of Bisphenol-A. BPA has been found in the blood of pregnant women, in the amniotic fluid, and in the umbilical cord after birth as well as the placenta. BPA can also be chemically altered to make flame retardants by adding bromine or chlorine which are known thyroid disrupters. The most common is tetrabromobisphenol-A or TBBPA which is a flame retardant produced at about 60,000 tons annually.16 Its levels have increased in human blood since 1977.

BPA has been specifically shown to bind to thyroid receptors and can be considered a weak estrogen. When BPA binds to a thyroid receptor, it directly inhibits binding of the active thyroid hormone T3. This could lead to another example of normal thyroid hormone levels but all the symptoms of hypothyroidism in a person. One study found that rats exposed to BPA developed attention-deficit hyperactivity disorder.

Polybrominated diphenyl ether (PBDE) is an emerging chemical that is a flame retardant and is being found in greater concentrations in human tissues. Triclosan is a chemical with similar structure and has been shown to interfere with thyroid hormone receptors. Triclosan is used as an antibacterial agent in soaps and creams and has been found in human blood.

There are many more chemicals out there, but these are the most heavily researched regarding their effects on thyroid hormone and thyroid receptors. We are all exposed to these chemicals on a daily basis but we can limit the exposure and follow specific detoxification programs to rid them from our body’s tissues. Eliminate use of plastics as much as possible and use glass or stainless steel bottles to carry your water. Do not use products that have flame retardants and don’t buy carpeting that is treated with such chemicals. Do not use antibacterial products which shouldn’t be used for other reasons such as their ability to kill beneficial bacteria on the skin. Periodically cleanse your body following a physician-supervised program to ensure optimal detoxification and to prevent reabsorption of toxins.

There are approximately 209 PCBs which accumulate in fatty tissue and have structural resemblance to T4 (thyroxine) which is the main hormone produced by the thyroid gland.19 PCBs have been shown to reduce circulating levels of thyroid hormones including T4, free T4, and total T3, and increase TSH. Mothers who are exposed to PCBs will transfer these chemicals to the fetus; this chemical has actually been found in fetal brain, liver and plasma. Total T4 and free T4 levels were found to be decreased and TSH increased in fetal blood samples. PCB77 specifically reduced thyroid hormone levels in the fetus. One study found that adults, adolescents and children from areas of high PCB exposure also had decreased levels of circulating thyroid hormones. Another study was done to assess thyroid volume of those living in areas of high PCB exposure. Thyroid ultrasounds of the subjects revealed significantly larger thyroids than in non-exposed individuals.

Unfortunately, these chemicals not only affect humans but have also been shown to significantly reduce T3 and T4 levels in sea lions, polar bears and seals.

Dioxins aka polychlorinated dibenzo-p-dioxin (PCDDs), TCDD (most toxic) and furans (PCDFs) are highly toxic chemicals from the production of herbicides and industrial burning processes. TCDDs were given to pregnant rats and were found in their offspring by route of not only transplacental delivery but also through breastfeeding. A single dose of TCDDs resulted in decreased T4, free T4, and increased TSH as well as increased size of the thyroid glands. In humans, TCDDs resulted in increased levels of TSH.

Bromkal is a popular commercial mixture shown to reduce total and free T4 levels. Total T4 levels decrease in fish after exposure to PBDE. When pregnant rats were exposed to PBDE, their offspring had reduced levels of circulating thyroid hormones.

Phthalates are chemicals found in plastics such as bottled water, food storage containers, and plastic food wraps (Saran wrap). They are also found in cosmetics and personal products including nail polish remover, hair spray, perfume and eye shadow. Even the popular glow sticks that children use are loaded with phthalates. Rodent studies have shown that exposure to phthalates resulted in tissue changes in the thyroid gland with resultant hyperactivity. Phthalates have varying effects on circulating thyroid hormones as some studies show they increase hormone levels and some show they decrease them.

Parabens are widely used as a preservative in cosmetics, foods, and prescription drugs. Studies show that parabens have estrogen-like effects that can inhibit thyroid function as well as cause symptoms of excess estrogen. Methylparaben has been shown to have antithyroid activity by inhibiting iodine.

DDT and HCB are the most extensively studied of pesticides that affect the thyroid. DDT exposure has been shown to decrease T4 and increase the weight of the thyroid in birds. The more DDT that was found in the blubber of seals resulted in lower total T3 and free T3 levels. HCB has many studies showing that exposure decreases T4 and T3 levels. Even prenatal exposure reduced T4 and free T4 levels and upregulated enzymes that metabolize thyroid hormone in the fetal brain. Thyroid glands in humans enlarge when they are exposed to HCB which then causes a reduction of T4.

How Do Chemicals Inhibit Thyroid Function?

Humans are exposed to an increasing number of environmental chemicals on a daily basis. The research is clear that these can significantly disrupt thyroid function in many ways. There is a delicate balance between TSH and T4 physiology in the body and even a minute change in this balance can cause symptoms and even inhibit proper brain and nervous system development in children. This creates a serious issue for reasons that are too obvious to explore any further.

The Environmental Working Group at www.ewg.org has an excellent cosmetic database that provides information on many cosmetic products and the harmful chemicals that they contain. A search can be done on the website and each product is rated on a safety scale including detailed information on the negative effects of each chemical in the body.

Some of these are impossible to avoid but at least you are now aware of where they come from and how to identify safe personal care products through the EWG database. 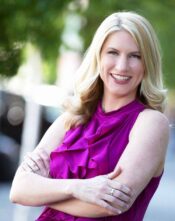